Queen Comes to the Landmark Theater! 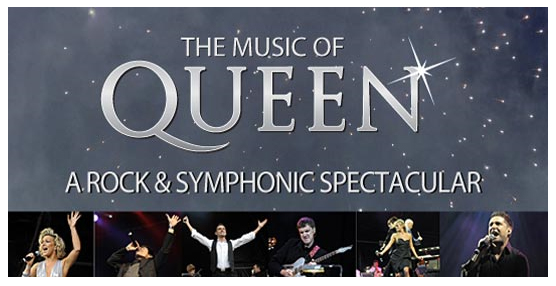 Just the other day, I was listening to one of favorite bands of all time, Queen (who doesn’t love Queen, seriously?) and their music put me in such a good mood, I then posted to Twitter stating “Every day becomes better when listening to Queen.” An influx of responses, retweets and discussions on the band soon followed and I’m sure others were rocking out to them as well (We had a late night Queen dance party with the cats at chez RVAPlaylist).

As luck would have it, I received an email today from the Richmond Symphony announcing something pretty damn cool.

The Symphony is closing its 2011-2012 season with a special concert, bringing The Music of Queen: A Rock & Symphonic Spectacular to the Landmark Theater on Saturday, May 19. The show will feature the Richmond Symphony, a full rock band and stars from the London West End musical “We Will Rock You.” They promise to bring all the Queen classics such as “Bohemian Rhapsody,” “Somebody to Love,” “I Want It All” and “We Are The Champions” to the stage.