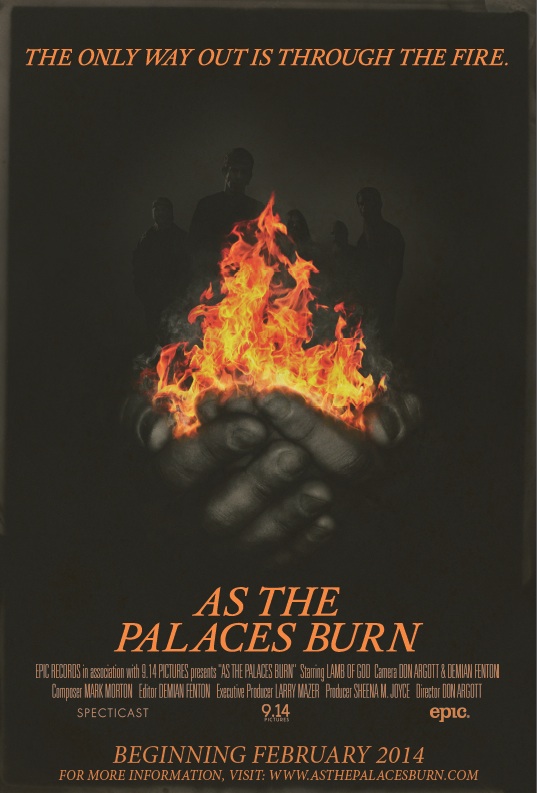 Lamb of God’s new documentary “As The Palaces Burn,” recounts the band’s influence on international fans and Randall Blythe’s imprisonment and trial in the Czech Republic through the eyes of the band itself.

“As The Palaces Burn” was conceived to be a documentary focused on the power of music and its impact on cultures around the world and its ability to bring together people of all nationalities regardless of religious or political differences. After a worldwide casting call, filming took place in Colombia, Venezuela, Israel, India, and the United States. As filming reached its conclusion, the documentary was forced to take a major turn when the band’s lead singer, Randy Blythe, was arrested in the Czech Republic and charged with the murder of a fan in June 2012. Granted unique access to Blythe’s continuing saga, Argott’s filming covered Blythe’s 38 day imprisonment in Prague, his release and the band’s return to live performances, and finally Blythe’s trial for murder in Prague in February 2013.

The closest that it’s playing here right now is at the Alamo Drafhouse in Winchester on March 1, but this is just the first round of theater dates, so hopefully a Richmond date is in the works (because you can’t mention Lamb of God without Richmond). It will run from Feb. 27 to March 1.