The Extragavanza to Hit the Broadberry, Strange Matter and En Su Boca 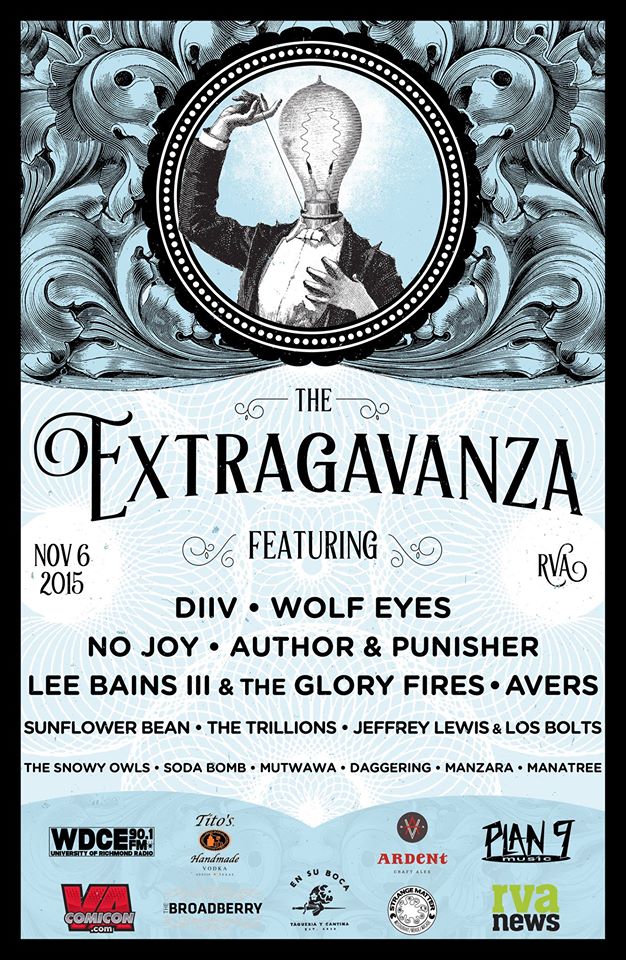 After Fall Line Fest announced that is not happening this year, a small group involved with the event, including the minds behind Friday Cheers, Slimehole Productions, Strange Matter and more, wanted to fill that void on Nov. 6 with something more scaled back, but still a special event for Richmond.

The Extragavanza will feature a number of touring acts and local mainstays. In the early evening, there will be eight bands at The Broadberry including DIIV, No Joy, Lee Bains III & The Glory Fires, Sunflower Bean, Jeffrey Lewis & Los Bolts, Avers, The Trillions, and Manzara. Later that night, Strange Matter will host a ticketed after-show gig with Wolf Eyes, Author & Punisher, Mutwawa, and Daggering. En Su Boca will also be hosting Manatree, Soda Bomb, and the Snowy Owls.